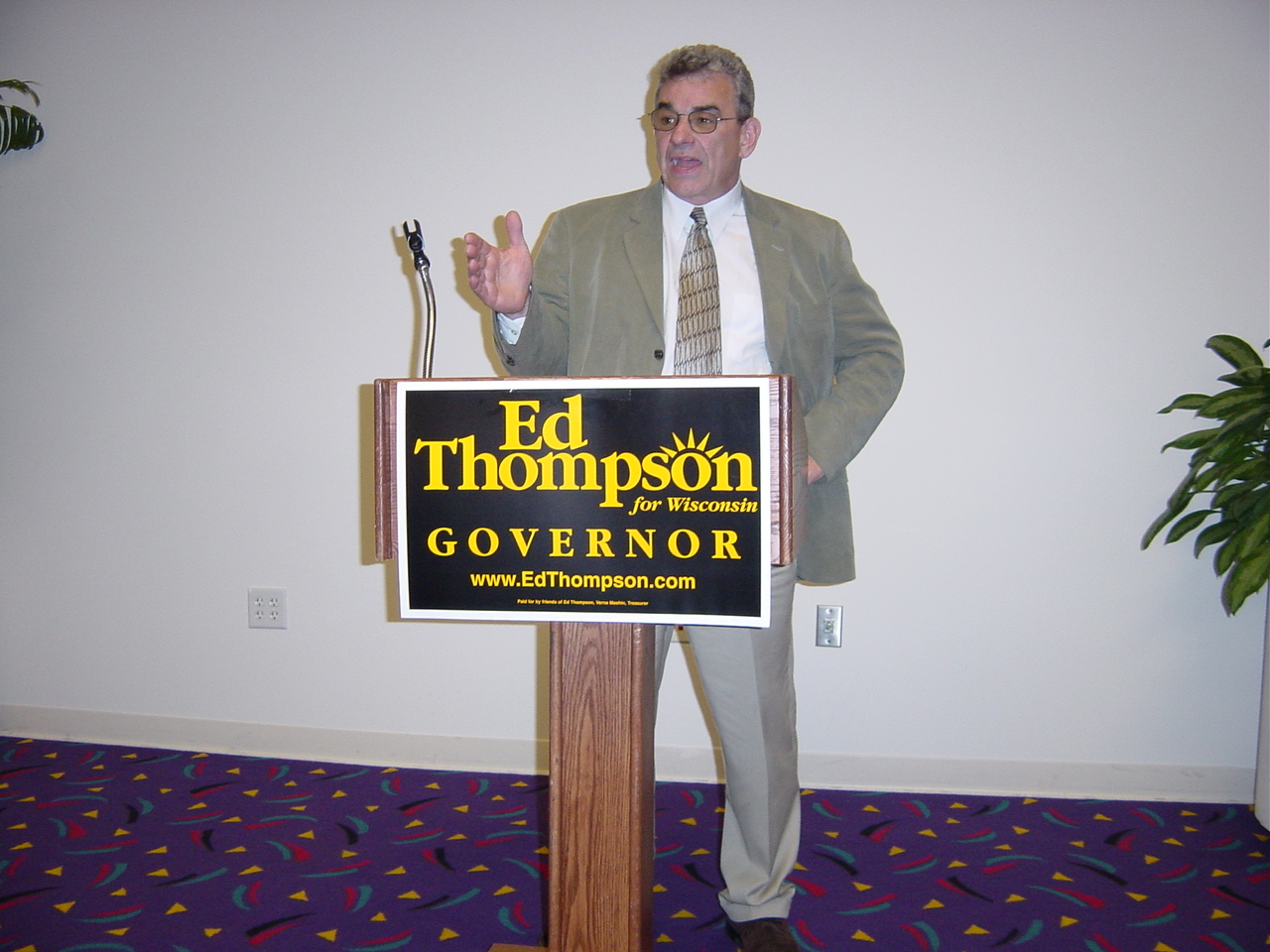 Twelve years after Ed Thompson, running as the Libertarian Party nominee, won 10.5% in the 2002 Wisconsin governor race, the Associated Press, in an article published Sunday, mischaracterizes Thompson as a spoiler candidate who cost the Republican incumbent the governorship. The reality is very different. Thompson won the second-highest Libertarian vote percentage of any governor candidate ever and the highest vote percentage of any non-Republican, non-Democrat candidate statewide in Wisconsin in the last seventy years without being anyone’s spoiler.

On December 11, 2002, I submitted an editorial to the Wisconsin State Journal to clear up similar allegations the Republican governor was then making to explain his failure to win the election. Having been Thompson’s campaign co-manager, I knew the governor’s allegation was malarkey then as the Associated Press’s similar suggestion is malarkey now.

The newspaper printed a very truncated version of my editorial as a letter to the editor. Below is the complete editorial I submitted. I have just removed a reference to Thompson’s no longer existing campaign website.

As a side note, the AP article is also misleading when it states the Libertarian Party has “never won a state or legislative office in Wisconsin.” The fact is that, by winning over 10% in the governor race, Thompson earned the state Libertarian Party an appointee on the Wisconsin State Board of Elections—expanding the eight member board that administered and enforced state campaign finance and election laws to nine members. I should know; I was the first board member selected by the state party.

A post-election Scott Rasmussen Public Opinion Research poll of 1,000 governor race voters commissioned by the Thompson campaign shows who Thompson voters would have voted for if Thompson had not run as the Libertarian governor candidate

Thompson voters split equally in their second choice, with 30% for Republican McCallum, 30% for Democrat Jim Doyle, and 27% for Green Jim Young. Ten percent would not have voted without the Thompson option. Thompson’s absence would not even decrease Doyle’s lead over McCallum.

Before the debates, polls indicated Thompson was appealing to more Democrat than Republican voters. In a wispolitics.com interview a month and a half before the election, then Assembly Republican Majority Leader Scott Jensen explained, “I think if Eddie Thompson were to drop out tomorrow, most of [Thompson’s supporters] are clearly voting for change, not the status quo and they are more likely to either not vote or go to the Doyle camp.”

McCallum’s and Doyle’s surreptitious campaign to prevent Thompson from debating hindered Thompson’s ability to reach potential voters and obtain a debate boost. A Rasmussen poll of likely voters conducted for the Thompson campaign on October 17, the day after the first governor candidate debates in which Thompson participated, indicates that while 9.6% of all likely voters would vote for Thompson, 16.0% of those who saw the debate selected Thompson. When asked to suppose that Thompson could win, Thompson voters rose to 16.3% of likely voters, 22.8% among those who saw the debate. Viewers of the debate saw Thompson more favorably, 42.6% compared to 27.6% among all likely voters, and less unfavorably, 45.7% compared with 48.0%. Much of the significant improvement in Thompson’s support and favorable rating over the remaining month of the campaign is likely due to the rebroadcast of this debate and Thompson’s inclusion in a second debate.

McCallum claimed in the Monday WPR interview and during the campaign that he supported Thompson’s inclusion in debates. The editorial board of the Wausau Daily Herald told Thompson differently, saying both McCallum and Doyle refused to participate in the paper’s co-sponsored debate if Thompson were invited. The paper stated the same on the editorial page.

The post-election poll shows that voters gave Thompson the highest favorable rating (the percentage of people viewing a candidate favorably minus the percentage viewing him unfavorably). Thompson scored even with a zero rating (39% favorable minus 39% unfavorable), Doyle trailed slightly at -1% (44% minus 45%). McCallum and Young trailed far behind, McCallum at -17% (38% minus 55%) and Young at -21% (20% minus 41%). McCallum should be thankful he received more votes than Thompson even though Thompson scored second most favorable (after Doyle) and least unfavorable

At campaign end, Thompson had strong momentum. Support of 23% of voters and a favorable view among 39% put victory within sight. Maybe, with more time, Thompson could have won. One thing, though, is certain. McCallum’s loss of the governor campaign had nothing to do with Thompson’s campaign.